GIVE THE GIFT
OF ENERGY 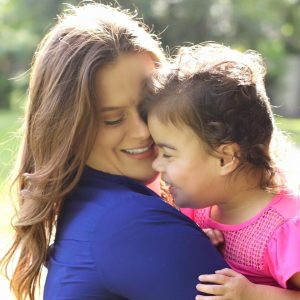 This is not the traditional message you’d expect from our organization, the United Mitochondrial Disease Foundation – especially around the holidays. It’s not the story we thought we’d be sharing.

This is a story about loss.

It’s hard for me to write. I’m sure it’s just as hard to read.

Loss is a reality that many in mitochondrial disease community face every day. That without better treatments, let alone cures — the things we fight for every day at UMDF – mito families have to ask, “What does our tomorrow look like?”

When we approached the Thornbury family in late summer about including them in this mailer, Heather and Dale immediately said, “Yes,” – not surprising, given their level of involvement supporting the mito community.

Their daughter, Arden, age 10, was affected by Leigh syndrome, a rare mitochondrial disease that causes a number of medical complications. It’s thought to affect approximately 1 in 40,000 people, with on-set frequently at a very young age. 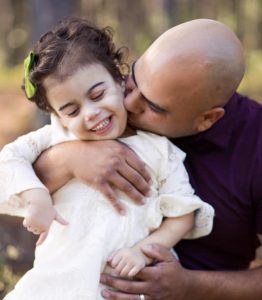 When we asked about interviewing them for this story, they were preparing for a beach vacation with Arden, her sister Brynn, and family friends.

The night before they were set to leave, Arden began having seizures. She was rushed to Arnold Palmer Hospital for Children in Orlando. She was not only septic and unresponsive, a CT scan showed she had massive brain bleed.

She went into the operation room immediately, where neurosurgeons worked to release pressure on her brain. While there were no complications, other medical issues remained. Arden would spend over 40 days in the intensive care unit, fighting battle after battle until doctors could do no more. She spent her final days under palliative care at home with family and friends.

This is, unfortunately, a story that needs to be told. For Arden. For her loved ones. For her friends, classmates and the many others whose lives she touched.

For over 25 years, UMDF has elevated the voice of mito patients and families just like the Thornburys. Your gift provides patients access to no-cost genetic testing and expands access to clinical trials. It helps fund best-in-class research around the globe and brings us one step closer to treatments – and ultimately, cures for mitochondrial disease.

There’s so much work to be done. It can’t wait.
We urge you to make a gift to UMDF today.

So this holiday season, while we enjoy time with our loved ones, please take a moment to remember the thousands of mito families like the Thornburys. Our hope is at some point such stories won’t exist, but until then we fight on, for Arden and the entire mito community.

This holiday season, we count on the generosity of corporate partners like you to make a difference in the lives of those affected by mitochondrial disease. 1 in 4000 children born this year will have mitochondrial disease. When you pledge to donate or raise at least $1,000, you’re helping UMDF provide a faster diagnosis, effective treatments and potential cures.

And, most importantly, you will Give Energy to kids like Arden.

By pledging $1,000+, your company is eligible for exclusive benefits:

By pledging $5,000+, your company is eligible for all of the above benefits in addition to:

By pledging $10,000+, your company is eligible for all of the above benefits in addition to: