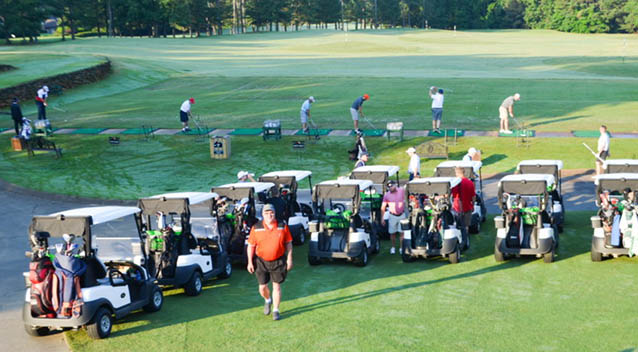 It was the offer of help from a co-worker that started an idea that has grown into a huge golf tournament called “Go Pro for Mito”.    The tournament, which is in its fourth year, raised $75,000 last year.   Wendy Lloyd’s daughter, Chelsea, is affected.  Lloyd is one of the event organizers.   “We were told by the golf pro at the golf course that it would take three to five years to determine if this event would be successful.  Now he tells us this is the second largest tournament that they hold”, she said.   In 2018, the tournament hosted over 190 golfers. Lloyd and her team of volunteers secured 40 sponsors for the event.   The tournament provides organizers an opportunity to share information about mitochondrial disease while allowing golfers to see patients who they are helping by playing 18 holes.
The 5th Annual Go Pro for Mito Golf Tournament tees off on June 7, 2019, at the Maple Ridge Golf Club in Columbus, GA.

Click Here To Bring Your Fundraising Idea to Life