Putting mitochondrial disease down for the count. 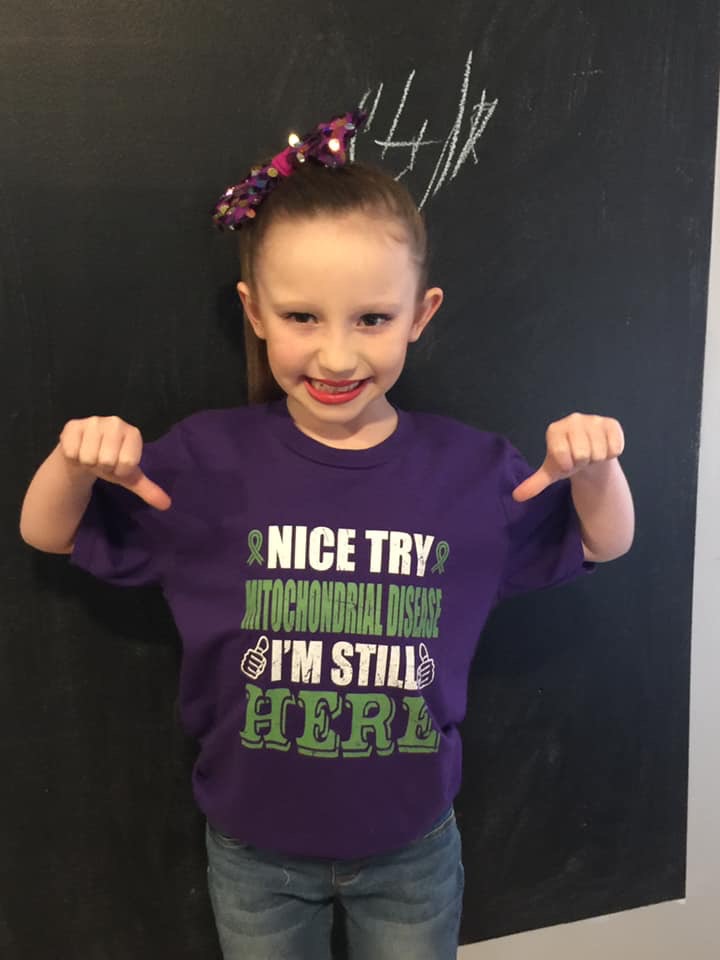 Every Wednesday night, you will find eight year old Harper Johnson in her seat at the Davis Arena in Louisville, KY.  While she loves dance and will appear this year in ‘The Nutcracker’, it’s not the ballet she is coming to see.  She is there because she can’t wait until her favorites bounce into the ring for another night of Ohio Valley Wrestling (OVW). Harper, who has Leigh syndrome, has only missed three matches.  “She was extremely upset,” her mom, Sarah, said.  “We use her love of wrestling to help push her on days she has little desire to move and wants to give in to the exhaustion and pain.”

After Harper was born, Sarah and her husband, John, were anticipating taking their beautiful baby girl home. But, a few days later, Harper’s symptoms started to show.   “She had trouble sucking on a bottle, did not cry to be fed and was losing weight quickly,” Sarah remembers.  For the next three years, Harper would be in and out of the hospital for dehydration, vomiting, weight loss, very low body temperatures, and many other issues.   Even after the insertion of a feeding tube, Harper was not gaining weight.  Harper liked to sleep and had a lot of sensory issues.  She developed weakness on the left side along with physical and developmental delays.  “After many of tests and no answers, it was finally decided to get a brain MRI, and that is where they found lesions on her basal ganglia and a spot on her brain stem,” Sarah said.   That is when Harper was officially diagnosed. 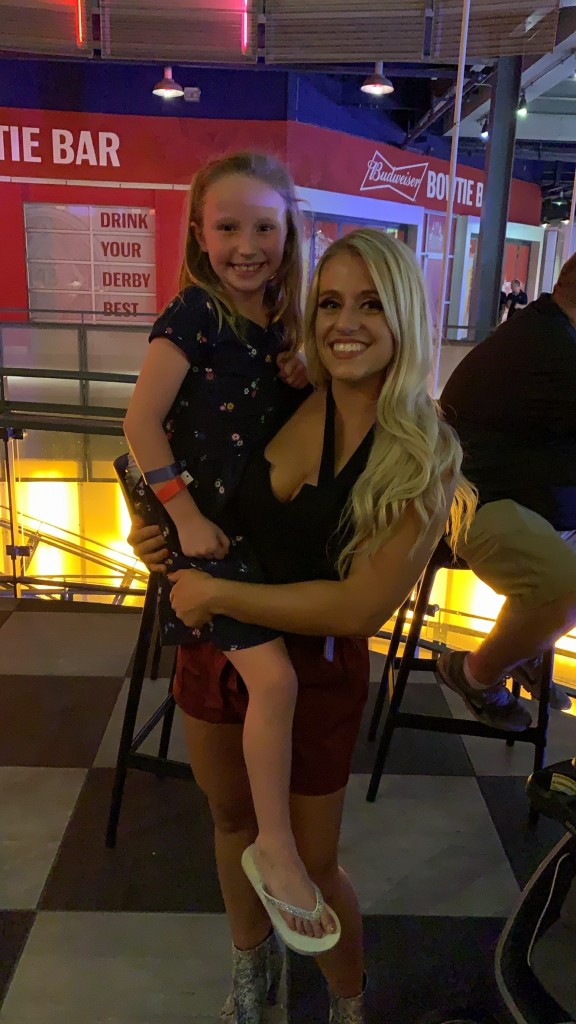 Harper’s love of wrestling started when she attended a benefit OVW had in honor of her dad, John, after he was diagnosed with Ocular Melanoma.  OVW is a training ground for pro wrestlers who hone their craft before moving onto the World Wrestling Entertainment (WWE) or Impact Wrestling.  OVW operates the only full-time wrestling training facility in the country with weekly televised events.   Harper’s favorite wrestlers are Cali Young, Dimes, Dustin Jackson, Valorie Vermon, Sinnbodhi, Al Snow, and Randal Floyd.  “Cali and Sinnbodhi played such an amazing role in Harper’s life over the past few months,” Sarah said.  “Cali planned Harper’s 8th birthday party and even had Dimes wrestle a match just for her party.  She even had Al Snow there.”  Wrestler Jake the Snake called Harper on her birthday and continues to call to check in on her.

“We talk to our wrestlers about having a heart of a champion and finding inner strength to go out and motivate fans to enjoy themselves,” said Chad Miller, partner and co-founder of The Gladiator Sports Network which owns and operates OVW. “When you hear of people like the Johnsons, it drives you to put the very best show on possible because for people like Harper, wrestling is one of her things that she lives for,” added Miller. He is no stranger to mitochondrial disease.  Miller said his friend, Joe Burkett, a former college baseball player and athlete, is affected.  Burkett has gone on to become a motivational speaker and competes in runs and competitions for the blind.  “When I met Harper, I wanted to help her gain the same exact strength that Joe has exhibited. I believe that we are doing that as a team for the Johnson family.”

When Harper enters the arena, her face lights up and there is a twinkle in her eyes that Sarah can’t explain.  She credits the wrestlers, staff and fans for providing Harper with encouragement when she is struggling.  “It has shown her that her disabilities and her limitations do not define her.  She can go to wrestling each week and know no matter what, there is no judgment,” Sarah said.  “We have been trying to focus a lot on quality of life for Harper and giving her things to look forward to and to remind her that there is a reason to keep fighting and wanting to fight, and the OVW family has been an amazing help with that!”

TELL US YOUR STORY