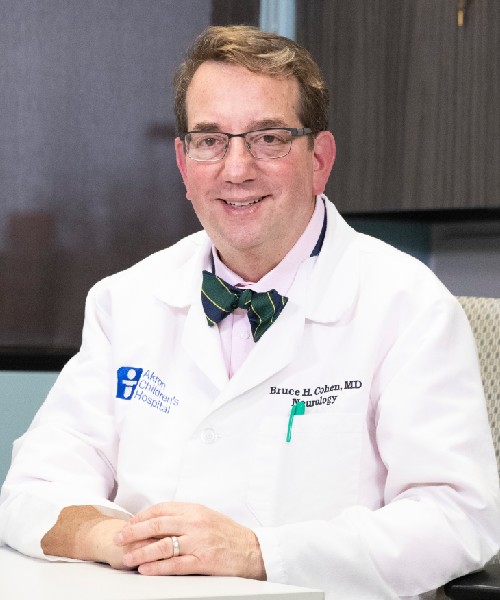 Dr. Cohen is the Director of The NeuroDevelopmental Science Center and the Interim Medical Director and VP of the Rebecca D. Considine Research Institute at Akron Children’s Hospital. He also is Professor of Pediatrics and Professor of Integrated Medical Sciences at Northeast Ohio Medical University. He received his AB in Chemistry at Washington University, his MD at Albert Einstein College of Medicine, and trained in Pediatrics at Children’s Hospital of Philadelphia (CHOP) and Child Neurology at The Neurological Institute in New York.

Dr. Cohen lives in Ohio with his wife Anna and their two children. He also has two grown children making their way through advanced educational degrees. 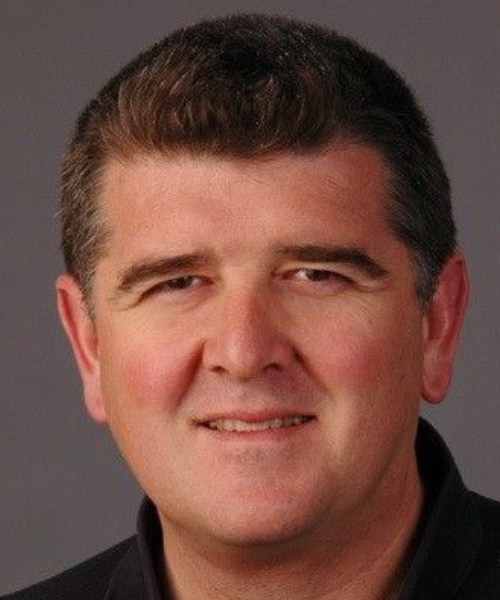 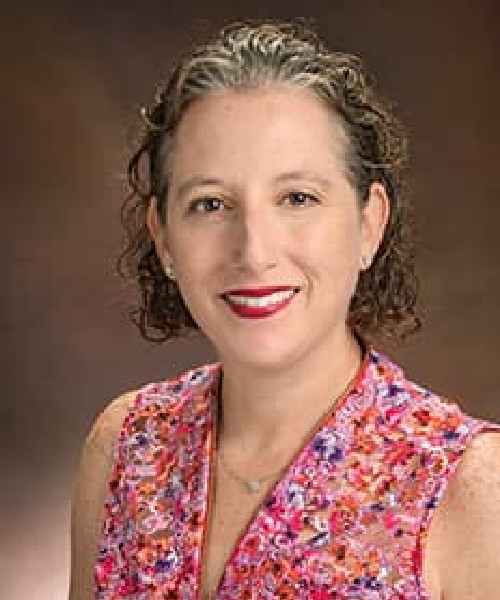 Dr. Falk is Executive Director of the Mitochondrial Medicine Frontier Program at The Children’s Hospital of Philadelphia (CHOP) and Associate Professor in the Division of Human Genetics, Department of Pediatrics at University of Pennsylvania Perelman School of Medicine. Dr. Falk received her B.S. in Biology graduating Summa cum Laude and Phi Beta Kappa, as well as M.D. in the Alpha Omega Alpha Medical Honor Society from a 7-year program at the George Washington University School of Medicine. She completed dual specialty training in a 5-year Pediatrics and Clinical Genetics residency program at Case Western Reserve University. The focus of her work is to improve clinical care, diagnostic approaches, therapies, and genomic resources for mitochondrial disease, including organization of a global Mitochondrial Disease Sequence Data Resource (MSeqDR) consortium. 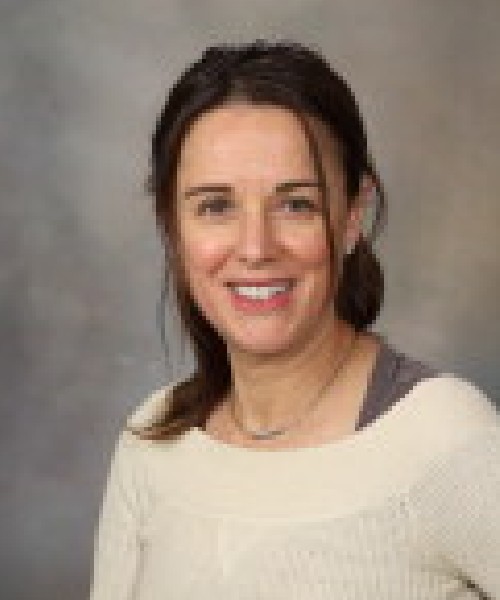 Dr. Gavrilova joined the UMDF Scientific and Medical Advisory Board (SMAB) in July 2020.

Dr. Gavrilova is an Associate Professor in the Departments of Clinical Genomics and Neurology, Mayo Clinic, Rochester, MN. She established and leads the Mitochondrial Care Center at Mayo Clinic as well as the Neurogenetics Clinic, where she sees patients of all ages with a variety of neurogenetic disorders and has a particular interest in mitochondrial diseases.

Her training includes neurology residency at University of Missouri, Columbia; and fellowship in Neurology and Medical Genetics at Mayo Medical School in Rochester, MN. Dr. Gavrilova is board certified in Medical Genetics and Neurology. 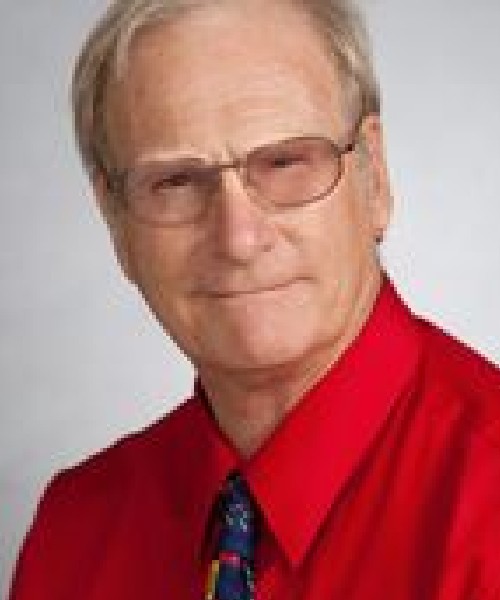 Dr. Richard Haas joined the UMDF Scientific and Medical Advisory Board (SMAB) in 2012.

Dr. Richard Haas is director of the Neurometabolic Clinic at Rady Children’s Hospital-San Diego and director of the Mitochondrial Disease Laboratory and a professor at UC San Diego School of Medicine.

Dr. Haas’s clinical interests include neurometabolic disease, general child neurology, Rett Syndrome, neuromuscular disease and neonatal neurology. In 1994, he established what is now the Mitochondrial and Metabolic Disease Center and laboratory at UC San Diego as a facility dedicated to the research and clinical evaluation of mitochondrial disorders. His attempt to merge research and patient care has been a hallmark of his career and has created a referral base of both domestic and international patients.

He serves on the editorial board of the Journal ‘Mitochondrion’ and reviews metabolic articles for a number of scientific journals. He has published over 96 Peer reviewed original scientific articles. 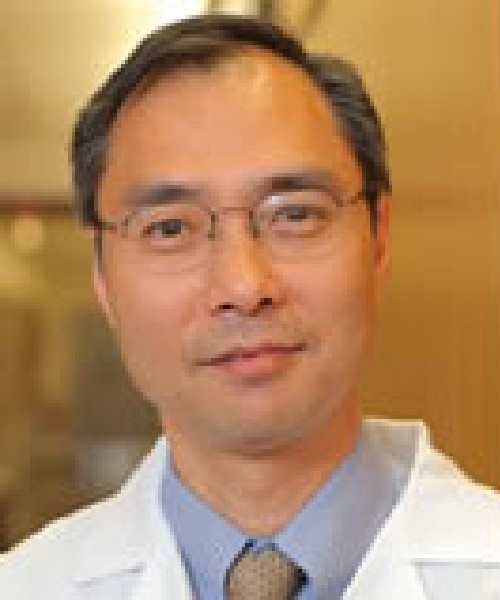 Dr. Hirano joined the UMDF Scientific and Medical Advisory Board in April 2020. He was previously a member of the SMAB from 2009–2013.

Dr. Hirano received his A.B. from Harvard College and M.D. from the Albert Einstein College of Medicine. At the Columbia University Irving Medical Center (CUIMC), he completed neurology residency and a post-doctoral fellowship in neuromuscular genetics under Drs. Salvatore DiMauro and Eric Schon.

For more than 25 years, Dr. Hirano’s translational research focused on mitochondrial disease and inherited myopathies. His laboratory has identified causative genes for multiple diseases including Mitochondrial NeuroGastrointestinal Encephalomyopathy (MNGIE) and coenzyme Q10 deficiencies. To understand how some of these mutant genes cause diseases, the laboratory has been investigating in vitro and mouse models. He has been developing therapies for mitochondrial diseases including deoxynucleoside treatment for thymidine kinase 2 deficiency, which is currently being assessed in clinical trials. He has also participated in industry sponsored clinical studies. Together with Dr. J.L.P (Seamus) Thompson, Dr. Hirano is Principal Investigator of the NIH-funded North American Mitochondrial Disease Consortium (NAMDC). 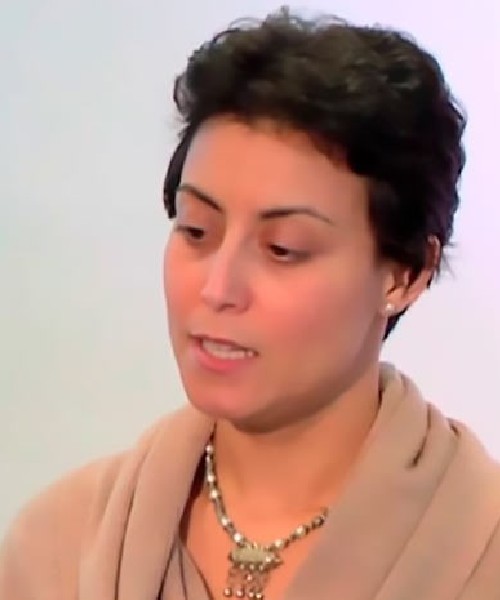 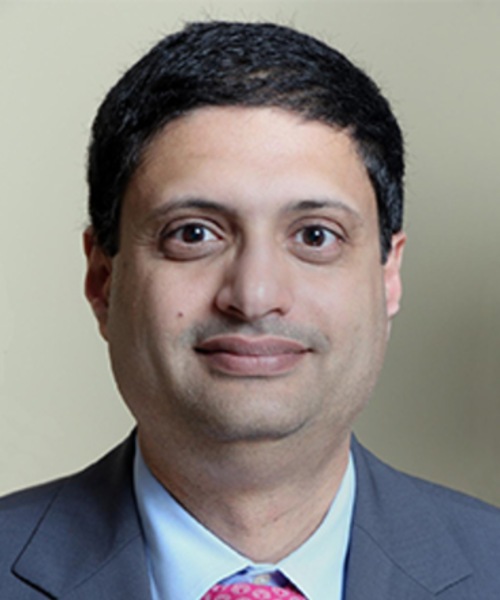 Dr. Karanjia is a Neuro-ophthalmologist at the University of Ottawa Eye Institute. Having completed his medical training and PhD in Canada, he completed a fellowship in Neuro-ophthalmology at UCLA. He is actively involved in clinical trials and is a board member for the International Foundation on Optic Nerve Disease and LHON Canada. 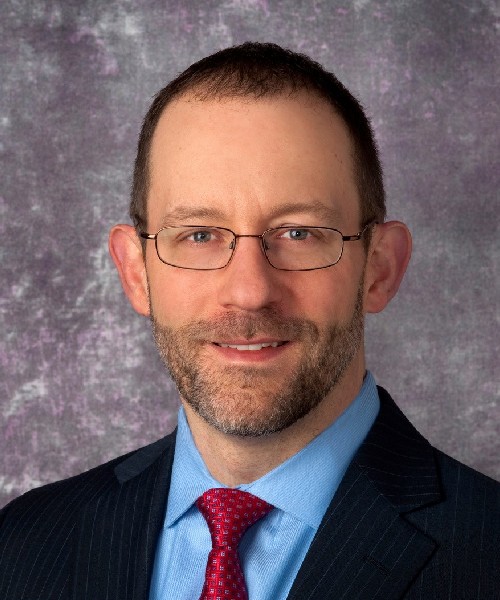 Dr. Kaufman’s long-standing research interest is to understand the contribution of mtDNA metabolism to disease progression. For 20 years he has been uncovering the fundamental processes that underlie mitochondrial respiratory deficiency with a focus on mtDNA stability and copy number control – processes essential for respiratory function and viability. Dr. Kaufman’s major research goals are 1) to define the biochemical events responsible for the maintenance of mtDNA content, 2) to understand mechanisms of mtDNA damage and resistance to damage in the context of disease, including cell-free mtDNA signaling, and 3) therapeutic approaches to mtDNA mutation and instability. Multiple organ systems are involved, giving a lot of flexibility to models and diseases of interest. Outside of his primary research goals, Brett focuses on providing a strong mentoring environment that highlights individual’s development and identification of strengths. He also collaborates extensively to help diverse research projects understand whether mtDNA-related defects are association with disease. 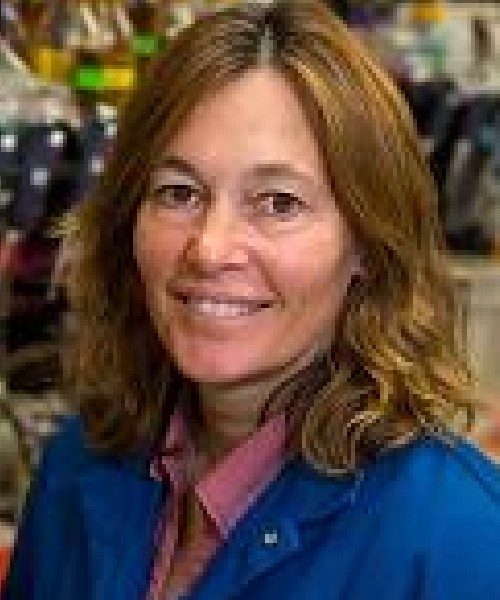 Dr. Koehler joined the SMAB in 2013. She has been a faculty member in the Department of Chemistry and Biochemistry at UCLA since 1999. She came to UCLA after doing post-doctoral research in the laboratory of Dr Gottfried Schatz at the Biozentrum, Basel, Switzerland. Her research characterized a new protein import pathway in the mitochondrion and linked a defect in protein import with the inherited disease deafness-dystonia syndrome. Dr. Koehler completed her graduate studies at Iowa State University, characterizing the inheritance of mitochondrial DNA during her M.S. studies and studying dimorphism in Saccharomyces cerevisiae.

Research in the Carla Koehler lab focuses on basic mechanisms in protein and RNA trafficking in mitochondria with an emphasis on developing new small molecule probes to study these pathways in model organisms including cultured cells and zebrafish. These probes are utilized for understanding how defects in mitochondrial dysfunction contributes to disease. 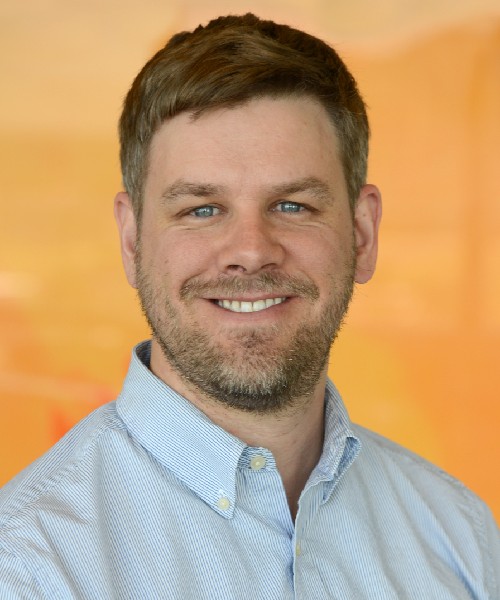 Dr. Larson attended medical school at Brown University and had his pediatric residency, medical genetics residency and biochemical genetics fellowship at the University of Colorado. He spent a year as the fellow for the North American Mitochondrial Disease Consortium as part of his training. He is currently on the faculty at the University of Colorado and primarily practices at Children’s Hospital Colorado. He is the director of the local Mitochondrial Care Network Clinic.

In addition to care for patients with mitochondrial disease, Dr. Larson’s interests include telemedicine, clinical trials for rare diseases, novel gene discovery and application of diagnostic genomic technologies to clinical care. Dr. Larson is also the director for the University of Colorado Medical Genetics and Genomics residency program and is active in medical education within the medical school and graduate schools at the University of Colorado. 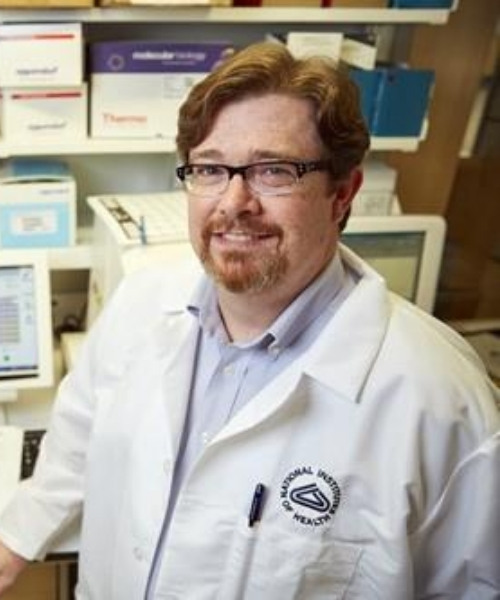 Dr. Peter McGuire joined the UMDF Scientific and Advisory Board (SMAB) in July 2020.

Dr. McGuire received his bachelor’s in psychology from Villanova University, a master’s in microbiology and immunology from New York Medical College, and an M.B.B.Ch. (with honors, and equivalent with an M.D.) from the Royal College of Surgeons in Ireland. After completing a combined residency in pediatrics and medical genetics at Mount Sinai Medical Center, he was awarded a fellowship in biochemical genetics from the American College of Medical Genetics and Genzyme. After completing his training, he remained as a junior faculty member in the Program for Inherited Metabolic Diseases at Mount Sinai. Dr. McGuire is board certified in Pediatrics, Clinical Genetics and Biochemical Genetics.

In 2010, Dr. McGuire moved to the National Institutes of Health (NIH) to join the Physician Scientist Development Program to accelerate his translational research program. He was appointed to the position of tenure track Investigator in 2016. Throughout his career, Dr. McGuire has been focused on improving the care of patients with disorders of mitochondrial metabolism. By combining his training in immunology and biochemical genetics, he fashioned a translational research program to understand the interplay between mitochondrial metabolism and the immune system.

His NIH Clinical Center protocol, the NIH MINI Study, is the first organized effort to study immune function in patients with disorders of mitochondrial metabolism, which aims to demonstrate that these patients can be informative regarding the role of mitochondria in immune cell function. 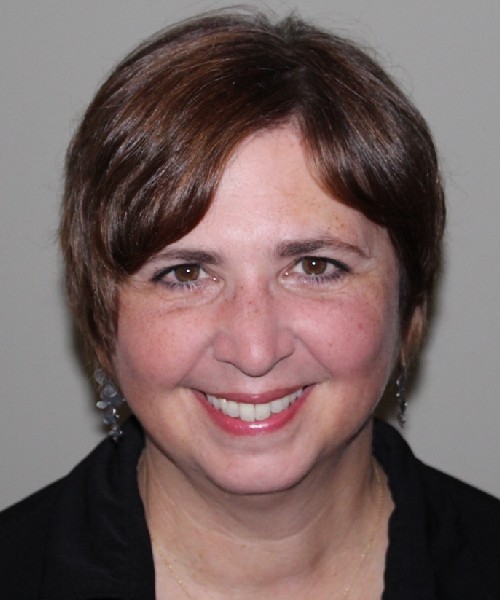 Dr. Nunnari is a cell biologist and pioneer in the field of mitochondrial biology. She is currently a distinguished professor and the Chair of the Department of Molecular and Cellular Biology at the University of California, Davis while also serving as the editor-in-chief of The Journal of Cell Biology. She studied chemistry at the College of Wooster before obtaining a Ph.D. in pharmacology from Vanderbilt University, working with Lee Limbird. As a postdoctoral fellow with Peter Walter at the University of California, San Francisco, Nunnari pioneered the use of green fluorescent protein to visualize mitochondria in budding yeast, helping to establish the field of mitochondrial dynamics. Nunnari was named editor-in-chief of The Journal of Cell Biology in August 2015, becoming the first woman to serve in this position. She is a member of the American Society for Cell Biology, and served as the Society’s president in 2018 and on the executive committee for several years. In 2017, Nunnari was elected as a member of the National Academy of Sciences. 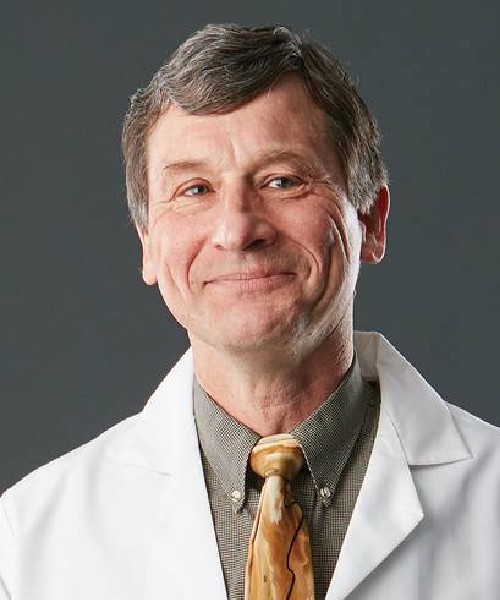 Jerry Vockley, MD is chief of the Division of Medical Genetics and a professor of pediatrics and human genetics at University of Pittsburgh Medical Center-Children’s Hospital of Pittsburgh in Pittsburgh, PA. Areas of interest: medical genetics, inborn errors of metabolism & general mitochondrial medicine. 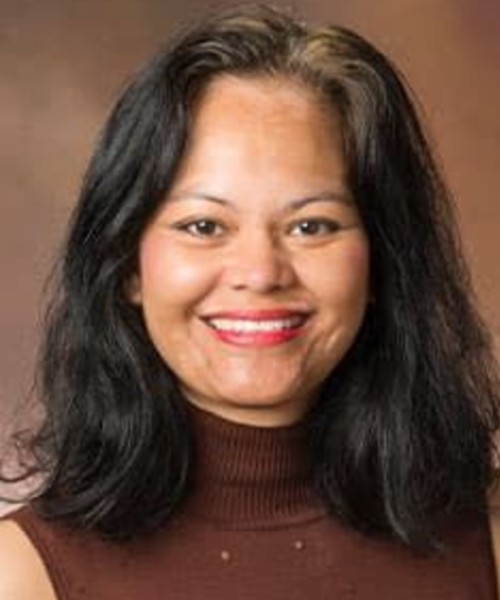 Dr. Zolkipli-Cunningham joined the UMDF Scientific and Medical Advisory Board (SMAB) in July 2020.

Dr. Zolkipli-Cunningham is an Assistant Professor in the CHOP Division of Human Genetics, and Department of Pediatrics, University of Pennsylvania, and Assistant Clinical Director of the Mitochondrial Medicine Frontier Program (MMFP). Dr. Zolkipli-Cunningham is also a UMDF Grantee (2016, 2019) and was the first North American Mitochondrial Disease Consortium (NAMDC) Fellow. She is PI of a Research Program to establish novel methods for quantitation of Mitochondrial Myopathy and for validation of new diagnostic and therapeutic strategies involving nutrition and exercise. She is also a neuromuscular neurologist and mitochondrial disease expert, has expertise in validating the O2 nanosensor prototype in mouse and zebrafish models of mitochondrial disease, and is PI of an NIH U54 NAMDC Pilot Grant to conduct the first in-human O2 nanosensor clinical trial in adults with Mitochondrial Myopathy. Dr. Zolkipli-Cunningham also co-leads an NICHD U24 Leigh syndrome consortium gene-disease curation effort with Dr. Shamima Rahman.